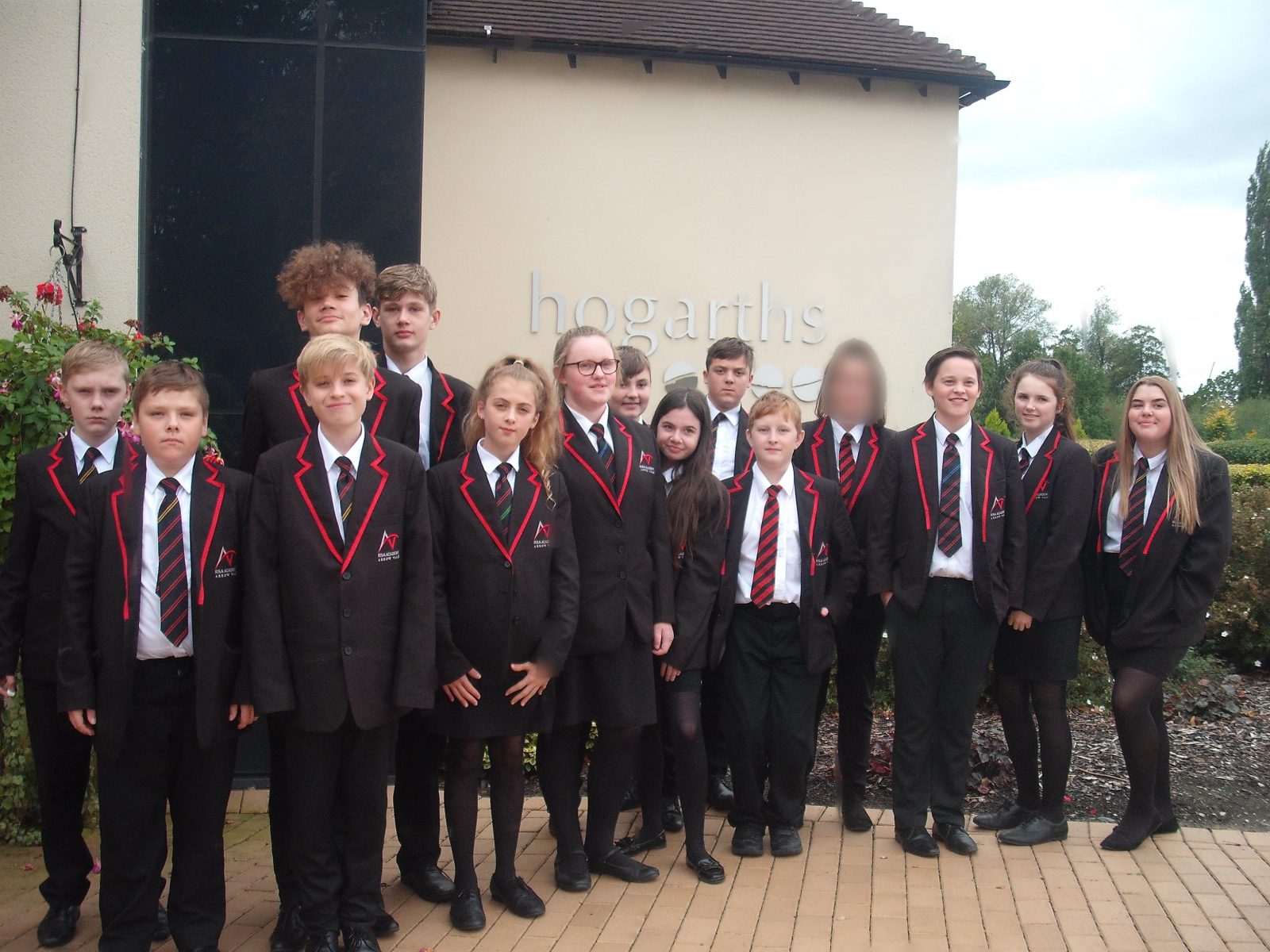 As part of our CEIAG programme we visited Hogarth Hotel in Solihull to learn more about the jobs available in the hospitality industry. We could only think of the front of house jobs such as waiting staff, hotel receptionist, chambermaid, bar staff and chef but we were surprised that there was a whole team behind the scenes such as HR, payroll, marketing, advertising, reservations, events manager, ground staff and maintenance…the list was exhausting. You just don’t imagine all that is going on when you holiday in a hotel.

We were given a guided tour of the hotel both inside and out. The restaurant had been newly refurbished and the rooms were pristine. We even stepped foot on an island. Fancy a hotel having its own island. We had to do a bit of maths to work out profits based on room prices. Robert, the manager, told us how we could get into the hospitality industry and it was great to hear that we could do an apprenticeship or even a Saturday job to get our foot in the door. We were surprised that he had young people doing plumbing and electrical apprenticeships there. We even went into the kitchens. We saw the different coloured chopping boards that we are used to using in catering lessons. The best part was the tower of donuts waiting for us at the end of the visit.

Here is what Demi B. thought of the visit…

I really liked the tour… I thought the ‘little hut’ was cut where people got married there and had birthday parties..  the staff were very kind… It was quite hot in the kitchens and I am amazed how they work in there all day long making awesome food.  It was awesome especially how they do it for other people.