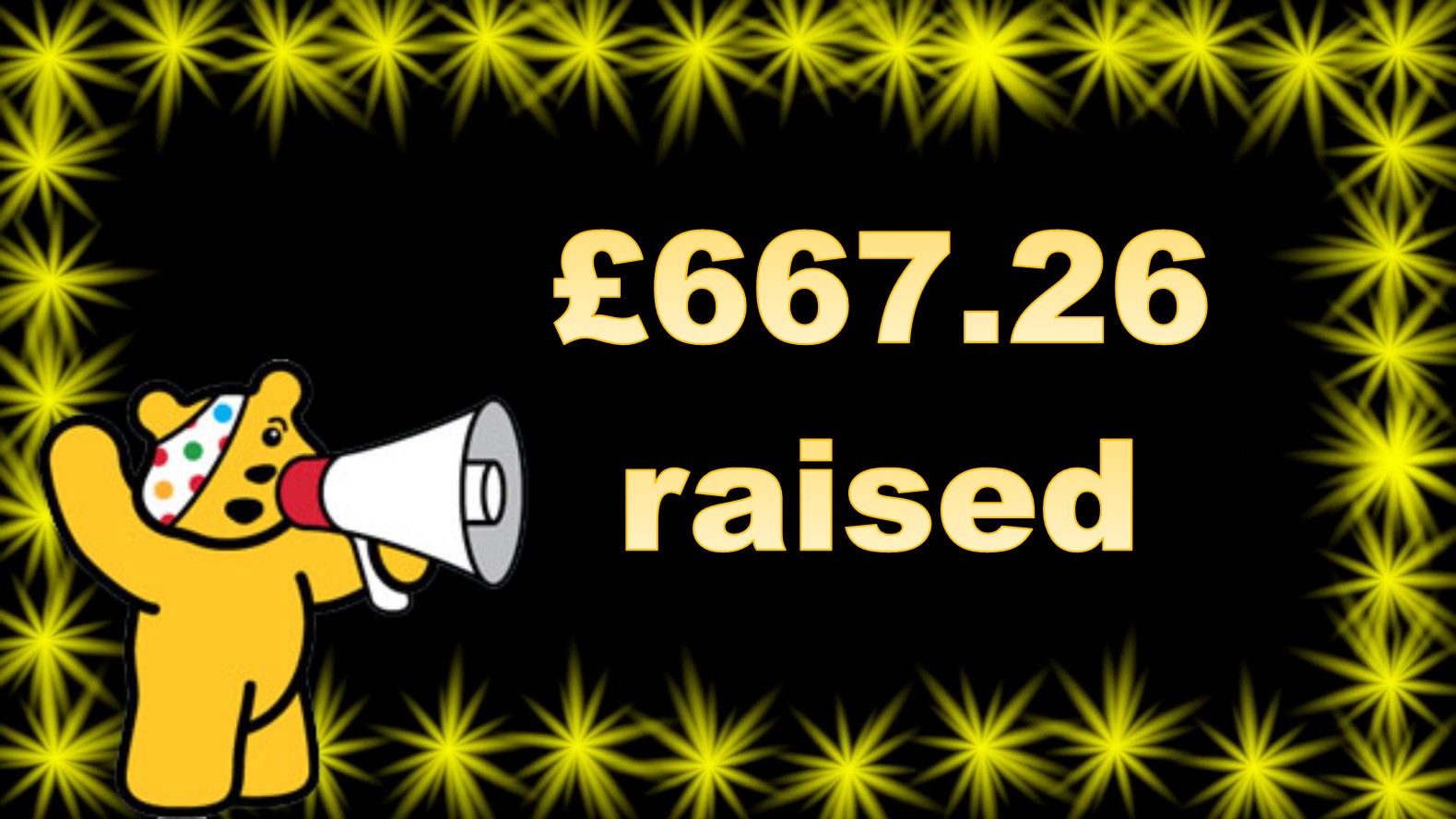 Friday 16th November 2018 once again saw RSA Academy Arrow Vale support ‘Children in Need’ with a variety of fundraising events. These events ranged from cake sales for the entire school to fancy dress competitions for our Sixth Formers. 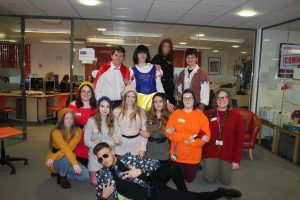 In order to make our giant Pudsey made of pennies, we had to start collecting pennies at the start of the week. Donations from students came in various forms, such as loose change in their pockets or a sandwich bag filled with pennies that were hiding away at home. All donations of pennies were greatly appreciated as it helped create our giant Pudsey.

In preparation for our cake sale, a section of our Student Leadership Team stayed behind after school on the Thursday evening to make a range of different tray bakes, which included a Victorian sponge, Pudsey themed cupcakes, smartie flavoured cookies and much more. 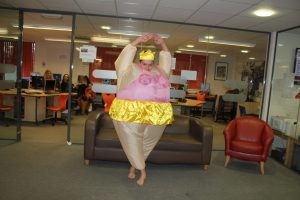 On the day of Children in Need, we began with the deputy of the Charity Committee, Jessica Onions, and I welcoming the students to school at the front entrance. We stood at the doors, in our

fancy dress costumes, collecting non-school uniform £1 donations as well as any other pennies students decided to add into the bucket. By the time school had begun, our buckets were already too heavy to carry by ourselves around school and back to Sixth Form. 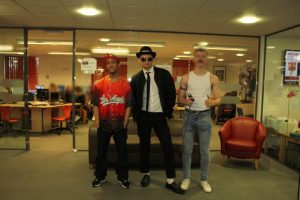 At break time we were able to sell the cakes and other tray bakes that the Student Leaders made the evening before. The cake sale was very popular and had a large rush of customers near enough throughout the entire break, and needed five Sixth Formers to help sell and serve students. Sales were

on a continuous loop which resulted in an almost sell out by the end of break and all money raised during this time was added the Children in Need money bucket. The large sales at break meant that we did not have enough cakes to sell at Lunch! 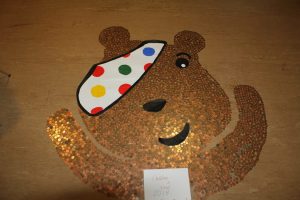 During periods five and six, myself, Jessica Onions, Riley Gibbons, Braden Gibbons and Brandon Elms spent our free lessons creating our ‘Pennies for Pudsey’ project. This highly successful fundraising scheme managed to create a giant Pudsey head, which was made out of the pennies we had collected throughout the week.

The five of us hand placed every penny we had collected in the OC, to make Pudsey’s head. Once completed, all students and teachers were able to come see the Pudsey made of pennies; this even included the students that just had come back of a school trip lesson six. 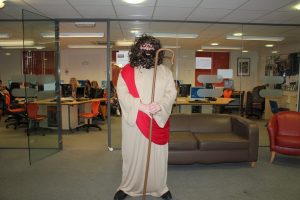 Overall, the entire Children in Need experience of 2018 was a complete success. As a school we were able to raise a large amount of money, which all went directly to Children in Need. I would personally like to thank all staff and students that helped support and prepare for the event, as well as the participants and everyone that donated during the week and day. 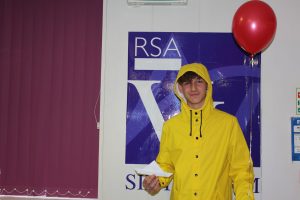 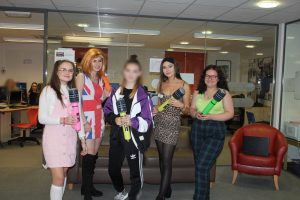