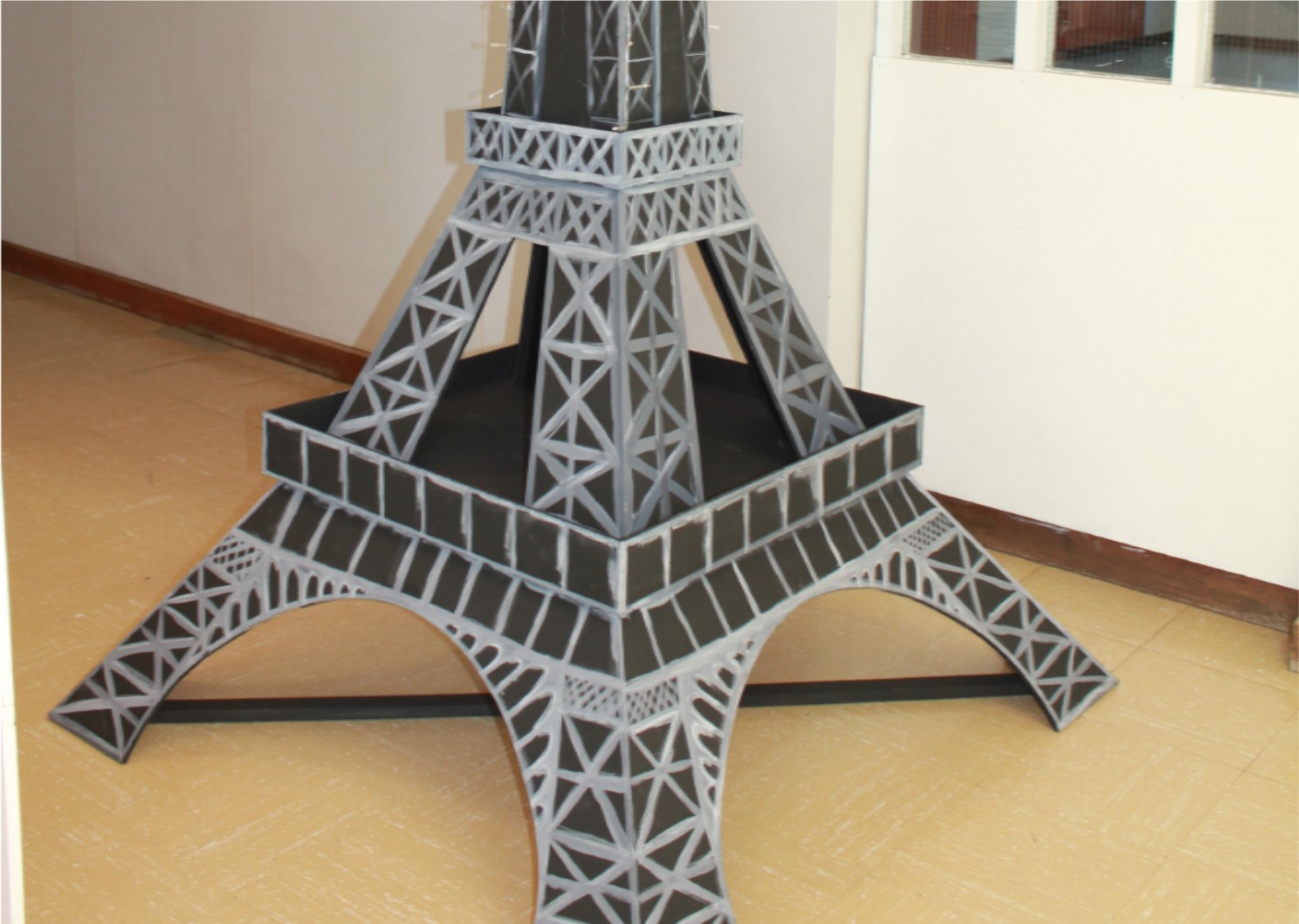 Through our teaching we endeavour to match the aims of the school with the aims of our department, encouraging every child to fulfil their potential in languages.

The aims of the Modern Languages Department are:

Both French and Spanish are taught within the Year 9 curriculum.

As a department, we strongly believe that enthusiasm, active participation and a sense of pride in one’s achievement are key factors in a successful language-learning journey and it is our aim that all students have a positive learning experience regardless of their level of ability.

The business world requires an enormous variety of skills including language skills.

GCSE French and Spanish are offered within the KS4 curriculum. Polish and Russian are offered to our EAL students. All lead to a GCSE qualification.

This course gives students the opportunity to develop the ability to:

Paper 2: Speaking (Communicating and interacting effectively in speech for a variety of purposes)

Paper 4: Writing (Communicating effectively in writing for a variety of purposes)

Our students study French, Polish and Russian at AS and A2.

In all languages the first year of A level builds on the four skills acquired at GCSE; reading, writing, speaking and listening.

We study the changing aspects of French-speaking society, current trends within the realm of family, ICT, charity work, social diversity, tolerance, respect, homelessness, unemployment, crime and punishment, culture, tourism, heritage, cinema, music, political awareness, trade unions, immigration and integration. They also study a book (Un sac de billes) and a film (La Haine). Topics covered provide a useful knowledge of and insights into target language-speaking cultures, both contemporary and historic. Translation tasks are undertaken to test grammatical knowledge and application. Reading of fiction and non-fiction texts is encouraged to embed a lasting appreciation of language and learning, and to develop the ability to comprehend the target language in a wide range of contexts.

Enrichment activities past and present:

Towards the end of the last academic year (2015-16) RSA Academy Arrow Vale set up a partnership with a school in South Africa.  The school is called Ntabenkonyana High School.  The school is in the Eastern Cape.  It accommodates 610 learners and 20 teachers.  The headmaster is called Mr Mini.  We asked our Form Groups to come up with some questions for the students in South Africa, which was collated and sent off to them.  See below the responses from a Year 10 Student, Siphesible Nxantsiya to the personal questions asked by our Students…

Spiritual, Moral, Social and Cultural education is a natural focus of MFL.

People, their relationships and their interactions with others are an intrinsic part of what we teach, and the cultural immersion of learning a language cannot be avoided.

In MFL, we give our students an opportunity to both consider the needs and experiences of people of other cultures, and reflect upon their own response to this.

Finally, SMSC is not confined to the MFL classroom – we hope that the study of languages will positively affect our students’ lives and their understanding of the world around them.

In terms of current uptake of languages we have students studying French A level, as well as French, Spanish, Polish, and Greek GCSEs.

Faith and spiritualism play an important part in any society, whether in a religious or secular sense. In MFL at Arrow Vale, pupils are encouraged to consider this in the study of each of our languages, namely French, Spanish, German and Russian.

Year 9: Students begin by exploring Catholic/Christian/Muslim religious and Pagan celebrations and festivals in target language countries and reflect on their meaning and significance.

GCSE: We explore in more depth, the role that the Muslim faith now plays within French and Francophone societies, and the affect that this has on the country’s politics and society e.g. the recent educational debate about the wearing of the veil in schools.

A-Level: Older students look at the ‘bigger picture’ of immigration and France, its history and effects on current-day society. This includes a consideration of the Muslim faith Roma spiritualism and also the Jewish faith. This is part of both the core curriculum and the cultural studies of ‘Un sac de billes’ and ‘La Haine’.

GCSE: Students learn about and reflect upon the development of a sense of identity, self-worth, personal insight, meaning and purpose in a country divided by language, culture and tradition. They learn about communities’ needs to be recognised as autonomous states, such as the Basque region.

GCSE: Students learn how religion and beliefs are reflected in the use of language, and they understand how religion and faith varies across the Bundesländer. Christmas still remains a huge religious and family-centred festival and we talk about its importance in lessons.

GCSE: Pupils learn about the Russian ‘spirit’, which plays a huge part in Russian life, literature and music. They learn that even after Russia’s communist era, that areas of Russia still remain very traditional, and that often the numbers of church-goers reflects the political, economic and social climate in the country.

During trips to target language countries, students from all school years visit the church of Notre-Dame in Calais, the Église abbatiale Saint-Saulve Montreuil-sur-Mer and La Sagrada Familia in Barcelona.

Value systems in other cultures.

Moral development in mfl at Arrow Vale permits students to build a framework of moral values which regulates their personal behaviour. It is also about the development of understanding of society’s shared and agreed values. Moral development in mfl is also about students gaining an understanding of the range of views and the reasons for the range. It is also about developing an opinion about the different views. In our language studies they explore and analyse appropriate texts which furnish them with the knowledge and ability to question and reason, which enable them to develop their own value system and to make reasonable decisions on matters of personal integrity.

Students develop an awareness that life throws up situations where what is right or wrong is not universally agreed. Authentic target language texts are selected that extend students’ ideas and their moral and emotional understanding.

Developing a personal set of values

Through reflection on texts, pupils express informed personal opinions. Students learn to articulate their own attitudes and values through being provided with opportunities to discuss matters of personal concern, related to books, films and texts read in class. They are given, particularly in years 12 and 13, opportunities to talk for a range of purposes including exploration and hypothesis, consideration of ideas, argument, debate and persuasion. In discussion they are encouraged to take different views into account and construct persuasive arguments

Year 9: Students begin to discuss the actions necessary to be success caretakers of our planet. They also explore and discuss ‘fair trade’ business, particularly relating to ex-colonies of target language countries.

They explore and compare relationships between friends and family members as well as between societies of different cultures and backgrounds.

GCSE: Students begin to discuss the rights and responsibilities of young people in their capacity as global citizens. They also explore and discuss voluntary work and related social issues. Students are encouraged to investigate the impact of drugs and alcohol on young peoples’ lives and society as a whole. Environmental issues and consequences are discussed and considered in greater detail.

A-Level: Students are given the tools to explore, discuss and compare the moral tensions that young people face in the context of their country of birth. They investigate the media portrayal of the individual and its ethical connotations. Students explore and discuss the issues and projects that promote sustainable tourism, environmentalism and conservationism. Within the literature module, students are encouraged to question the moral implications of the Holocaust and whether society has learnt from its past mistakes. They then consider through the medium of film the topic of crime and punishment and are encouraged to validate their own views on criminality and appropriate punishment.

Inside and outside of the classroom students can appreciate and discuss the contribution of the leisure, travel and tourism sector to different national economies, and furthermore they have the tools to explore and discuss the sustainable development of tourist attractions/regions.

Within the MFL department we promote social development as a means of young people working effectively with each other and participating successfully in the community as a whole. It is about the development of the skills and personal qualities necessary for living and working together. It is about functioning effectively in a multi-racial, multi-cultural society.

This includes understanding people as well as understanding society’s institutions, structures and characteristics, economic and political principles and organisations, roles and responsibilities and life as a citizen, parent or worker in a community. It also involves the development of the inter-personal skills necessary for successful relationships. In language lessons we:

We achieve the above by encouraging our students to (the depth in which we study each theme is dependent on the stage of language acquisition and therefore vocabulary at their disposal):

To achieve all of the above, students learn in a safe environment conducive to collaboration and the sharing of ideas.

Past and future school exchanges allow our students to appreciate that relationships are not bound nor restricted by cultural nor physical factors. With the emergence and development of e-mail and social networking, students are able to maintain constant contact and versatile contact with both school peers and foreign pen-friends.

Cultural development in MFL is about our students understanding their own culture and other cultures in Redditch, the West Midlands and in Britain as a country as a whole.

It is also about:

We not only encourage an appreciation of the culture and society of target language countries and communities through organised trips overseas, but also through school-based yet not classroom-based discovery sessions such as cookery and our recent multicultural broadcast on AVFM on the European Day of Languages 2013.

Through this, we aim to make our students understand the meaning, nature and value of the multicultural make-up of target language countries.