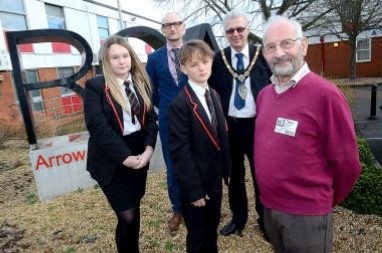 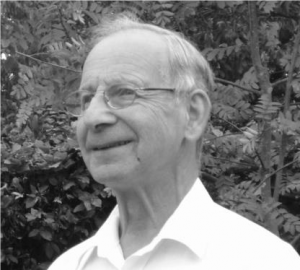 On Wednesday 29th January this year, Year 9 students from both RSA Academy Arrow Vale and RSA Academy Tipton welcomed John Fieldsend to RSA Academy Arrow Vale to share his story of how he grew up in Czechoslovakia before the Second World War, and his experiences of the holocaust. The holocaust was a period of history when the Nazis, led by Adolf Hitler, attempted to kill all of the Jews in Europe, as well as anyone that they believed was their enemy. This was because Hitler and the Nazis blamed all of Germany’s problems on the Jews and sought to wrongly punish them. We don’t know exactly how many Jews were killed, but estimates range from 6 million to over 10 million Jews were killed during this time. We call this act – to kill an entire group of people – a ‘genocide’. There are still acts of genocide continuing today across the world, though perhaps not on the same scale as the holocaust. Even so, John’s story warns us that we need to prevent this type of hatred and aggression occurring in the first place, before it is too late.

The students were grateful for John’s visit and to hear his story, especially as there may not be too many more opportunities for this to happen as the survivors of the holocaust are growing old. All of the students were respectful and well behaved, and students asked many questions of John at the end of his presentation, which he was happy to answer. John shared about his life growing up in Nazi Germany, and how he was born just two years before Adolf Hitler came to power. John said that “I remember playing in the sandpit with my brother at school and suddenly the game stopped and the other lads, who had previously been our friends, started punching us, kicking us, spitting on us, calling us ‘dirty Jews’ and telling us they wouldn’t play with us anymore. At that age I don’t think I even knew what a Jew was, and I certainly didn’t feel any different.” From then on, it began to get much worse. When Hitler arrived into Dresden for one of his infamous rallies John remembers his parents locking him away inside their family home, but the sound of Hitler screaming ‘get rid of the Jews’ could still be heard. The family moved to Czechoslavakia but when the Nazis invaded his parents had no choice but send their children away. 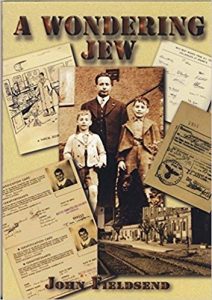 John survived the holocaust because of the ‘kindertransport’, a massive evacuation of children to countries like Britain, from the areas that were controlled by the Nazis before and during the Second World War. Sadly, John’s parents and grandparents were murdered by the Nazis. John was awarded a British Empire Medal last year for his efforts in sharing the lessons we can learn from the holocaust. John ended his talk by asking students to think about how they can make their world a better place, little by little, tackling issues affecting us all today, such as climate change. John said, “I have met with ex-Nazis and I have learned to let go of my anger and grudges…but now it is your responsibility to be custodians.” John’s message was to look after the world “better than my generation did”. That’s something we can all reflect on.

Mr Bonner, Director of Learning and Standards for Humanities