On 16th January 2019, some selected year 7’s arrived at RSA Arrowvale high school for a day of science. The twenty Ipsley students constructed their own parachutes with the assistance of Mrs Kendall. Further into the day pupils tested their creations from a four metre drop and then competed to see whose parachute reached the ground last. Year 7’s then proceeded to create a poster on what they had achieved during this time. Finally returning back to Ipsley for 3:15pm.” By Eveyn Byng and Kayah Darrock

“On Wednesday 16th January 2019, 20 students from Ipsley walked down to RSA Arrowvale for a HPA day. 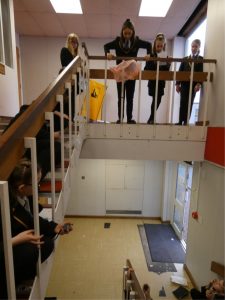 Once we got to Arrowvale (around 9:1am) it was quite an intimidating sight, the size of the school is triple the size of Ipsley. Anyway Mrs Kendall came and greeted us and it was very reassuring.

We got to the science labs and went through the plan for the day. A 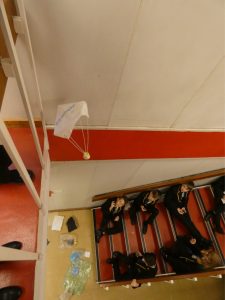 rush of excitement waved over the class as we found out we were making parachutes! We got into groups of 2-3 and were told the task of the day. We planned and drew out our parachutes and got crafting. As we were building, Mrs Kendall told us we were testing out parachutes and the slowest time won.

We finished out break and finished our parachutes and it was time to test. The winners were Kieran Rosa and Jack Robinson, they had a time over 4 seconds. After congratulating the winners and eating 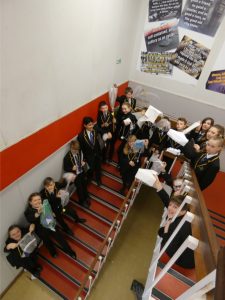 lunch we headed back and created a poster of the practical we had done. Making the poster was fun because all the material we used was able to go on the poster.

We cleaned up and unfortunately it was time to say our goodbyes and head back to Ipsley.

Thank you Mrs Kendall and Mrs Duggins for a great day and a great opportunity.